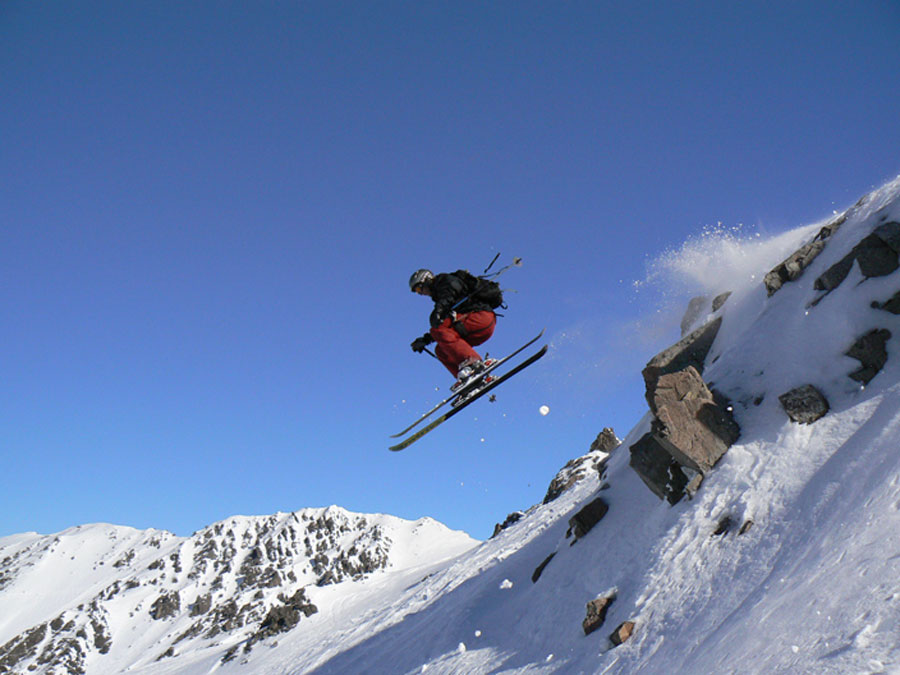 New Zealand offers some of the world’s best skiing, with a huge number of fields ranging from the clubbies to the fully equipped commercial fields, all of them set against stunning scenic backdrops.

Every local has their favourite, and you could spend a lifetime getting to know everything our snowsports scene has to offer – especially around Queenstown, Mt Ruapehu and Mt Hutt. If you’re not sure where to start, try any of these hot (or cold) spots on for size.

Mount Ruapehu is home to New Zealand’s two largest ski areas, Whakapapa and Tūroa, and not only that, it's also a unique opportunity to ski in a World Heritage Area. Family-friendly Whakapapa is home to New Zealand’s premier beginners’ area, Happy Valley, as well as more than 30 groomed trails that intermediate skiers and boarders love. For the more adventurous, try the black and black diamond runs and the lift-accessible Black Magic backcountry area.

Tūroa offers up Australasia’s longest vertical descent and New Zealand’s highest lift, a great tobogganing area for the kids, and easy access to spectacular backcountry areas and an ever-changing range of natural terrain features to play on.

Lift passes provide access to both ski areas. For best value, pick up a multi-day pass, find some accommodation in Ohakune, National Park or Whakapapa Village, and explore both of these fun and friendly fields.

Skiing all year round! Snow Planet is New Zealand's only indoor snow park, with over 8000 square metres of snow to ski, snowboard, tube and play on. There's a beginner's area and lessons if you're new to the snow, and for the more advanced riders, there's a terrain park with jumps and features that change every four to six weeks. If you don't fancy strapping on your skis or snowboard and just want to have a good wintery time, the family-friendly Winter Wonderland area has great tracks for snow tubing and toboganning. Littlies can get their time in the snow with Kindy Group Snow Fun, and Snow Planet also has full gear hire available.

One of the country’s largest ski fields, the world-class Mt Hutt is under two hours’ drive from Christchurch and has the whole package: the big mountain experience for skiers and snowboarders, and a family-friendly environment great for first-timers. The network of terrain parks includes a jump line ranging from 30 to 60ft in Gunners Alley, and Jib Garden's  skate and surf-inspired features. The field's snow-making setup means you can usually get on the white stuff earlier in the season, and keep going back for longer as well.

Both Queenstown fields The Remarkables and Coronet Peak have a reputation for all-round good times, and they’ve both been added to the exclusive Mountain Collective, a network of the world’s best ski resorts. A visit to either makes it easy to see why: 45 minutes from Queenstown, The Remarkables lives up to its name with plenty of space for beginners, sunny slopes, and some of the best and most accessible off-piste skiing anywhere in the country. Even closer to Queenstown (25 minutes’ drive), Coronet Peak has the terrain variety and stunning views to keep both novices and experts happy.

For an un-intimidating initiation to New Zealand’s club fields, head to Mt Lyford, just outside of Hanmer Springs. It has a great learners’ slope, fantastic groomers accessed by two pomas and a T-bar, and some one of the friendliest communities of local skiers anywhere in the country. If you’ve never used the famed and feared nutcrackers before, Mt Lyford will ease you in.

For skiing with a unique New Zealand flavour, it’s tough to go past this fantastic club ski field located deep in Arthur’s Pass. Fantastic terrain combines with uncrowded slopes, rolling bowls and steep chutes and a welcoming, chilled-out vibe. The club’s lodge has the Southern Alps' most glorious sundeck, where you can watch the action while drinking the field’s very own specially-brewed craft beer.

Cardrona not only has the widest and most scenic learner trail in the region, it's also a great place to start learning tricks, with a bunch of features at the terrain park ideally suited for beginners. This field is famous for its terrain park facilities, so you know this is where to come to see up-and-coming Kiwi shredders and established X Games athletes throwing tricks on the jumps. boxes, rails, half pipes and massive 85+ ft Big Air jump. The field has high-powered snow-making equipment which means it’s a reliable ride season-long, and its fully-licensed childcare centre and kids’ ski and snowboard school make it a top ski destination for families.

Super close to Christchurch and swinging past the legendary Sheffield Pies on the way, Porters has got some awesome runs for advanced skiers and boarders, including the famous Bluff Face and Big Mama. The Porters Mountain Park offers playful and creative terrain and a great platform to progress your freestyle skills, while the ski mat carpet lift makes progression for beginners easy, and the platter lift services one of the best intermediate slopes for skill development in the country. Stay on field at the Porters Lodge, just five minutes below the base car park.

Treble Cone is the closest field to Wanaka and the South Island's largest, known for its long (try 4kms long!), uncrowded slopes, legendary off-piste terrain, and stunning views. The Snow Sports School and gentle beginner facilities are designed to ensure learner skiers can work their way up to more challenging terrain as they grow more comfortable. For adventure seekers, the Saddle Basin is the winter playground of your dreams, and also provides access to some of New Zealand’s most magical backcountry skiing. Best free things to do with the kids in Auckland

Looking for some kid-friendly activities around Auckland? There are plenty of things to explore in New Zealand’s largest city, and we’ve rounded ... Beyond the Big City

So you’ve landed in Auckland. You’ll need more than a couple of days to explore New Zealand’s largest city. Don’t forget that beyond the bustle ...