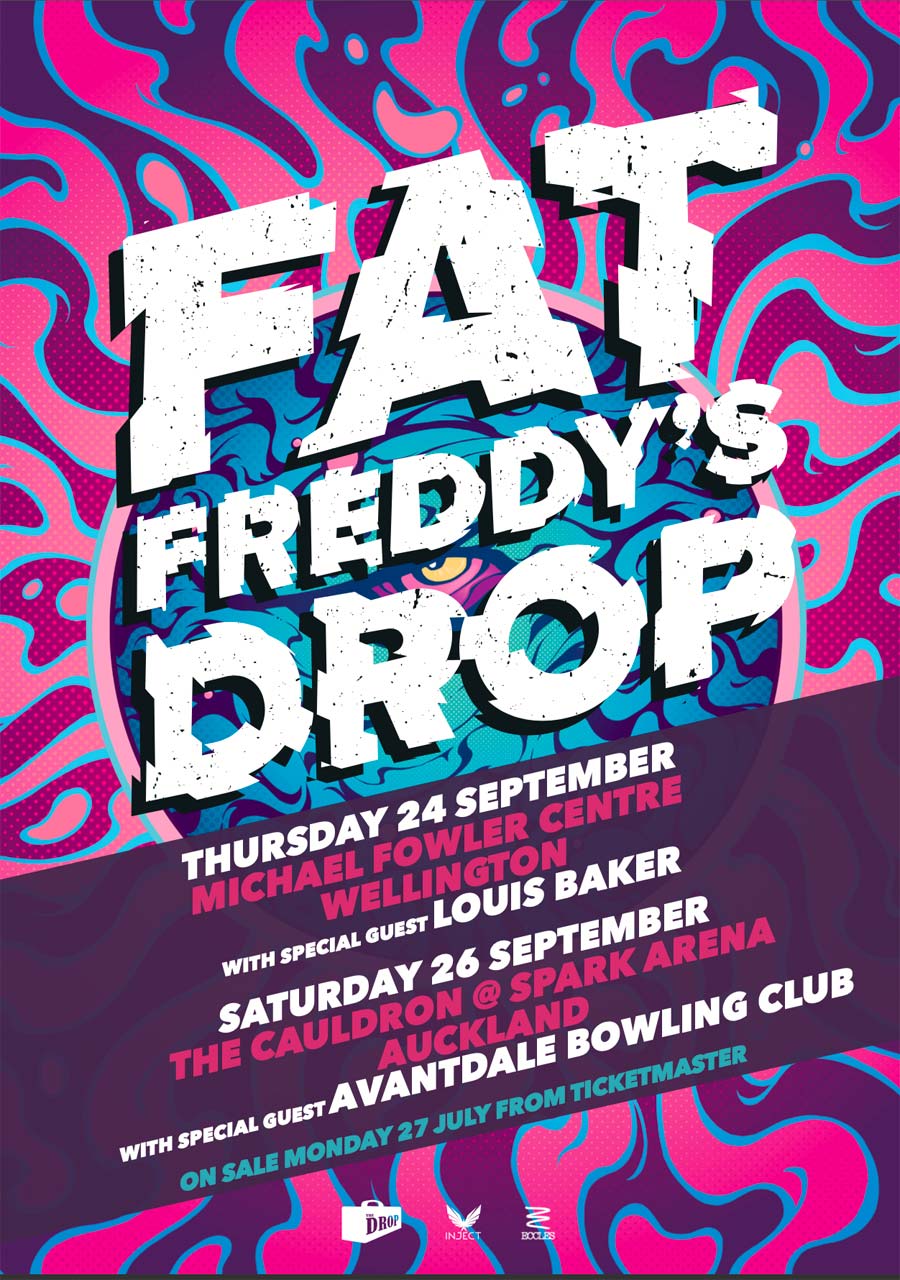 The group behind smooth Kiwi singalong anthems ‘Fish in the Sea’ and ‘Wandering Eye’ have just announced two live shows and free limited-time streams of a live recorded session.

Jam along to Fat Freddy’s Drop for free this weekend with live streams of a one-off concert captured in the Michael Fowler Centre in Wellington. With no audience present, it’s a personal and meaningful studio-like experience.

The band were forced to pull the pin on their 2020 tour of Europe and the UK, and say the live streams are a way to show those fans some love. Having hurriedly returned home from Germany in March as the Covid pandemic broke out, the band then had to wait almost three months for their tour gear and instruments to get back to New Zealand. That moment inspired the idea of putting on a show with no audience at the Michael Fowler Centre.

The live concert of eight songs spans the gamut of Freddy's career, leaning towards songs of freedom, and includes a brand new track in the making. It will stream just two times on YouTube and Facebook, once on Saturday at 9pm, and once on Sunday at 8am New Zealand time.

The crew will also perform two headline live shows this September in Auckland and Wellington. The perfect introduction to the sounds of Aotearoa/New Zealand, our playlist boasts over 10 hours of solid Kiwi tunes ranging from those ...