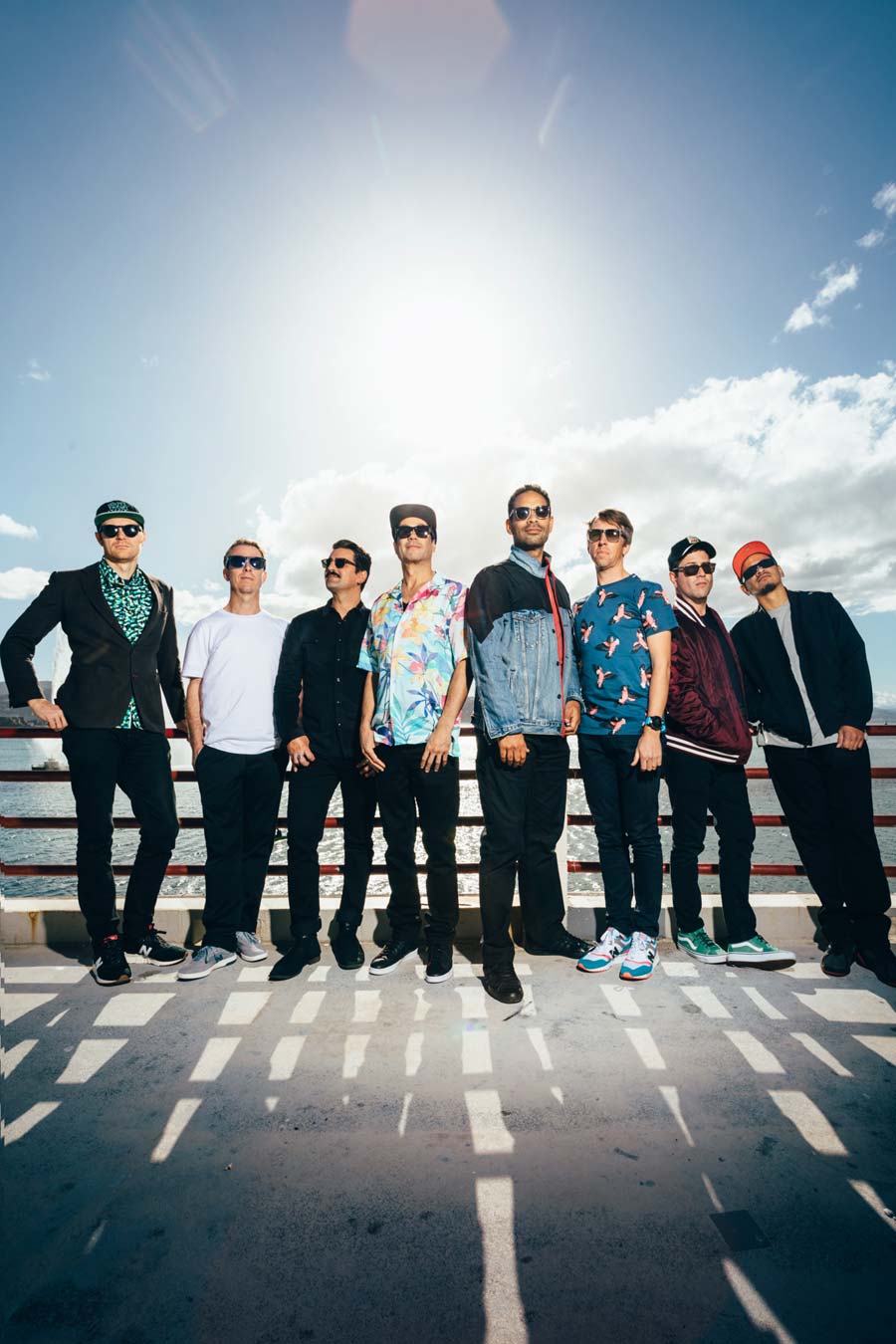 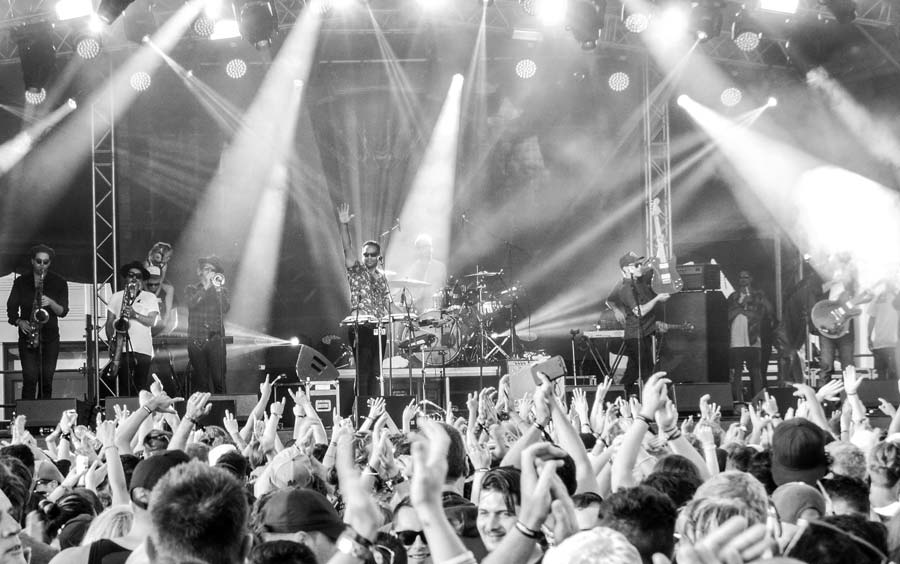 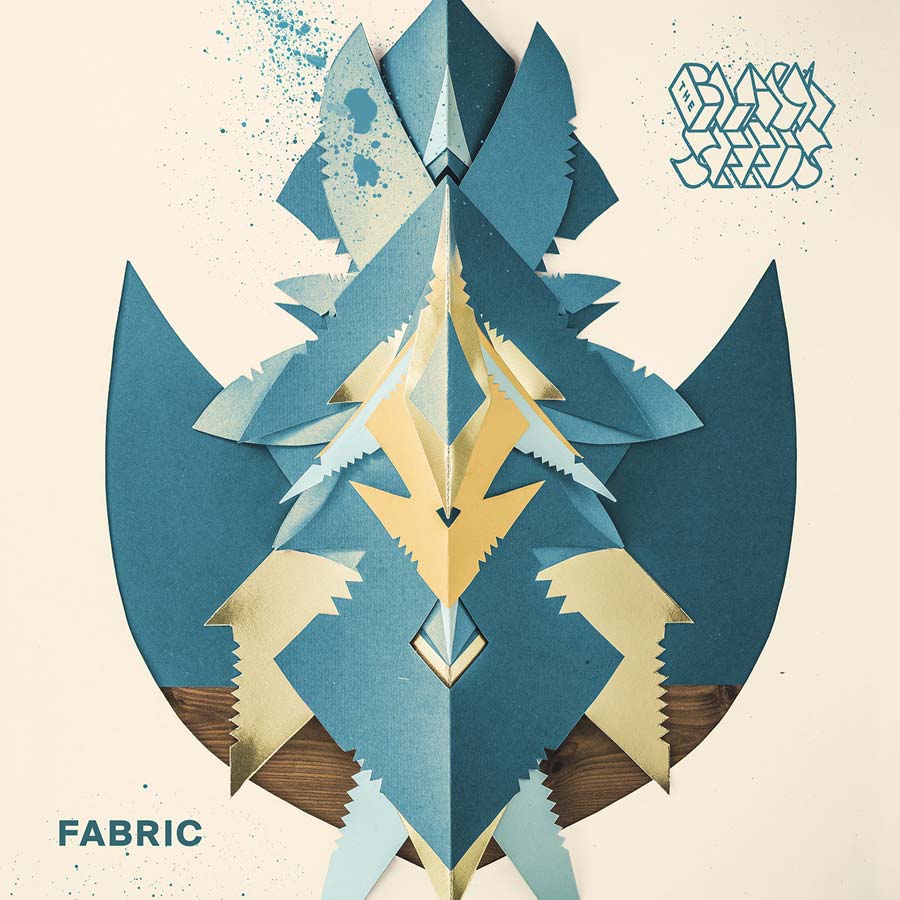 Reggae summertime legends The Black Seeds are playing Christchurch into the new year at Hagley Park on December 31. Singer and percussionist Daniel Weetman tells What's Hot New Zealand about life in a band that spans two decades and many, many members.

Are you currently recording a new album? Yeah, we’ve been working on ideas separately because of Covid and being in different parts of the country. So we’ve come into the studio for the last couple of days and we’re making some progress.

Has that been quite different to your normal musical creation process? It’s always been a little bit of working on your own demos and then bringing them to the band and doing that together, so it hasn’t been too different with Covid – I guess the period of time has just been longer with that separation. But there’s always a positive and we’ve had more time to write and come up with more ideas.

What does music mean to you? I think music can be therapeutic, and I’ve wanted to be a musician and played music since I was eight years old. I feel really enthusiastic about the music we’re making and it reaffirms to me why we do this. I’ve been in the band over 20 years and life has changed in that time. I have kids, life goes on, I’ve got a day job. But when you make a song, the song takes off, it does its own thing. It’s like releasing a little kid into the world.

What’s your day job? My day job is sign installation. Once my second child came along I needed to get a bit more of a steady income – the Seeds is good but with two kids, you know. I ended up working for a sign installation company and doing some abseiling. It’s a great experience.

You called your bandmates ‘mates’. Do you have to have a pretty good relationship to work with so many people for so long? Yeah you really do. Like any relationship you can step on people’s toes, and I think we work that out pretty fast, not that it happens that much. Just having a respect for each other, and I think with a bigger band you’ve got different people to hang out with if someone’s not having a good day.

The Black Seeds have done eight studio albums, a few live albums and released nearly 80 studio-recorded songs. Do you have a favourite baby? Performing live I like doing ‘Rotten Apple’, I sing that one and it’s a cool heavy feel. It’s not your straight-up kind of reggae track but it still has those elements in it. That’s probably one of my babies. There are many others.

Do you feel like the sound of the band is evolving? I think with Barney’s [Barnaby Weir] writing he’s really gone into another gear. It’s excellent content, very honest and some great melodies going on. At the end of the day we’re just trying to write some good songs that mean something to us, some good grooves. And if that ends up being a progression of our sound, fantastic.

Do you produce any other art? I do my own art and that’s something that I enjoy. I did an album cover for the Seeds, Fabric – the artwork on that is a paper collage. Just recently I got a piece of my work blown up for display in Avondale. I do a lot of DJing where I incorporate percussion and my vocals, and I sometimes dress up and pretend to be different funny characters if the gig suits. And I’m slowly chipping away at some solo stuff. The priority is doing Seeds stuff right now.

Do you feel like your time in The Black Seeds has shaped you as a person? It’s been over 20 years. I’ve always just treated it like, it’s nothing that makes you special to be jumping up on stage in front of people. It’s taught me a lot of things about who I am, where I sit in the world, which I still think about. What sort of message I’m wanting to put out there and the privilege to have that position. Being in this band has for sure changed my life maybe in more ways than I actually realise, but I think always for the positive. It’s taught me about working with other people.

And how have you shaped The Black Seeds? I’ve always wanted to entertain people. To be a band that plays the song and that also entertains you in a physical way. I put a lot of energy into that live. And when it comes to writing and that, I’m a bit more of a darker side with my content but I think that sort of gets balanced out by what Barney writes as well.

You’re playing The Edge NYE20 in Christchurch. What are you looking forward to there? We appreciate being able to be booked to headline a New Year show, and I think everybody right now is keen to celebrate moving into 2021. We’re just excited to play again, together, and get some positive vibes out there and let people let their hair down. Christchurch has always been really good to us over the years, so we’re looking forward to doing that show. And being an all-age show it’s a great opportunity – there’s a lot of kids out there who we get messages from because they can’t see our shows because they’re R18, so these sort of shows are great. Dillastrate are an awesome band, I’m keen to check them out and catch up with those guys. And Dolphin Friendly, they’ll be great to check out, I’ve heard good things about them. We’re just looking forward to playing and bringing a good party – it will only be our second gig this year.

Then you’re back a month later for the Great Kiwi Beer Festival. Will that be quite a different style of gig? Definitely. Beer is involved. Those shows are cool as well. The challenge is entertaining and delivering. New Year’s is going to be late night, and Beer Fest will be in the afternoon, so bringing the party at that time is going to be cool. We’ve done Beer Fest before and they get a little bit loose and always a good vibe.

What do you like to do when you’re in Christchurch? I want to get out and have a bit more of a walk around the city and just check out the development. We’ll come down and do a rehearsal the day before and we’ll have a bit of time to check out the city, I hope. Being part of a band and touring you meet a lot of diverse people and that’s cool. I think that can give you a bit more of an insight into what it’s like to live in that place.

What music do you listen to? Because I do the DJing, I’m trying to just hunt tracks I can sing over and add my percussion to in a live set. So in a way it’s kind of hindered my exploring of what’s coming up. And sometimes I’m just reverting back to rock music, you know, I just want to listen to some new Tool and going back to Soundgarden and stuff like that.

Who’s a Kiwi musician on your radar we should be keeping an eye on? There’s a friend of mine, Paul the Kid. He was in a band called Night Gaunts. I just saw a post of his, he’s been rehearsing to do some new music and one of his tunes is great. Great stuff, great song, so I think that’s exciting. The obvious ones are, you know, Beastwars are doing some great stuff and that will be exciting to hear. I think Shihad are working on some new stuff and I’ll like to check out that heavy goodness.